City of Culture, Education, and Tolerance 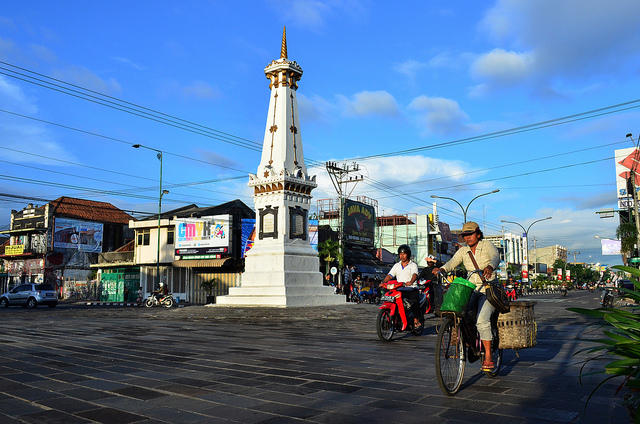 As one of the respectable university in Indonesia, there are various reasons why you should consider DWCU as a place to study. As it is located in one of the most unique city in Indonesia, Yogyakarta, you may gain more than the classroom experience during your stay here, in fact, studying here will be the most memorable experience in a life time.

The earthquake that struck Yogyakarta in May 2006 and the eruption of Merapi volcano in 2010 may create negative thought about this city. Yogyakarta is, however, a beautiful , comfortable, and safe city to live in. Yogyakarta is not metropolitan, but is memorable, for sure. Yogyakarta is well known for its complete education facilities, cheap and accessible transportation system, various culinary choices, and centers for shopping, arts, and entertainment.

Besides its uniqueness as a cultural city, Yogyakarta also has modern shopping centers (malls), movie theaters, cafe's and many other places for leisure. Anyone who visits Yogyakarta is encouraged to see historical places such as Prambanan Temple, Yogyakarta palace, and Vredeburg Fort.

The main reason why Yogyakarta becomes the first choice to visit and to study is that the living cost is reasonable. As well as the affordable living cost of Yogyakarta, UKDW also offers distinguishable and excellent quality education with affordable tuition. UKDW also gives scholarships to students in need.

Yogyakarta is the right place to study since people will find it easy to access anything they want in support of their study and UKDW, which is located in the heart of the city of Yogyakarta, becomes the best choice to study in Yogyakarta. Anyone who studies in Yogyakarta, especially at UKDW, will find it easy to go anyplace because the transportation system is accessible. And also, Yogyakarta is a never-ending city for culinary options. Traditional foods such as gudeg, bakmi jawa, and brongkos, Chinese foods, Korean foods, Japanese foods, as well as many others, can be found anywhere at any time and at a reasonable price.


The Pulse, The People 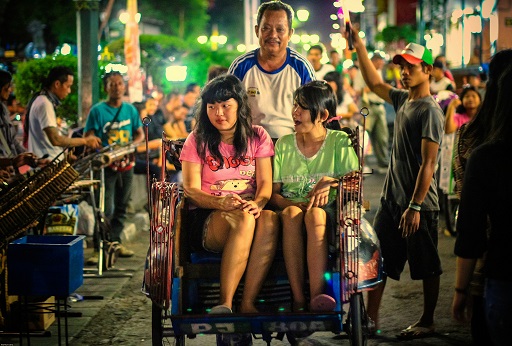 Yogyakarta is the main destination of students in Indonesia, the city is very dynamic with all walks of life. Here, we can see various faces with diverse backgrounds and stories. All melt within the hospitality and the exoticm of Yogyakarta. Hence, the people affect Yogya to be a multicultural city as they brought their own tradition and culture to Yogyakarta once they left their home towns.

This element shapes a layer of tolerance and understanding between the people as well as enriches the culture of Yogyakarta. Here, you can easily see all kinds of cultural entities from all places in Indonesia, even the world, in every corner of the street. As a city with a very thick and long history of Javanese culture, the people here are well-known for their warmth and hospitality. You will have no time to feel lonely as people here will greet you with smiles and make sure that you love their city as they do.

Yogyakarta has two seasons along the year-the dry takes May to September and the wet is between October to April. The average daily temperature range is between 22C to 30C (78F to 90F) while the humidity is from 65% to 85%. Generally, there is no rain falls from May to August and the weather is a little bit hot and humid on the day and cool in the night and early morning.

The major language is Javanese language while the national Bahasa Indonesia is commonly spoken, too. Published tourist information is in English and in certain places such as Sultan palace, there are many local guides speak Japanese, Mandarin, Dutch, German, French, and Spanish fluently.

Foreign currencies are exchangeable at banks, money changers, and hotels (with lower rate). There are many ATMs machines can be found in Yogyakarta and credit cards are possible to be used in many big shops and supermarkets.

Besides the great contribution of students in political life, the Yogyakarta students are also active in extra curricular activities within various range of interests. The academy, arts, culture, sport, science, IT and social interests are well-developed in Yogyakarta. It is said as the cause of why Yogyakarta is never absence of events. So it is almost impossible to find one day without student events in Yogyakarta.