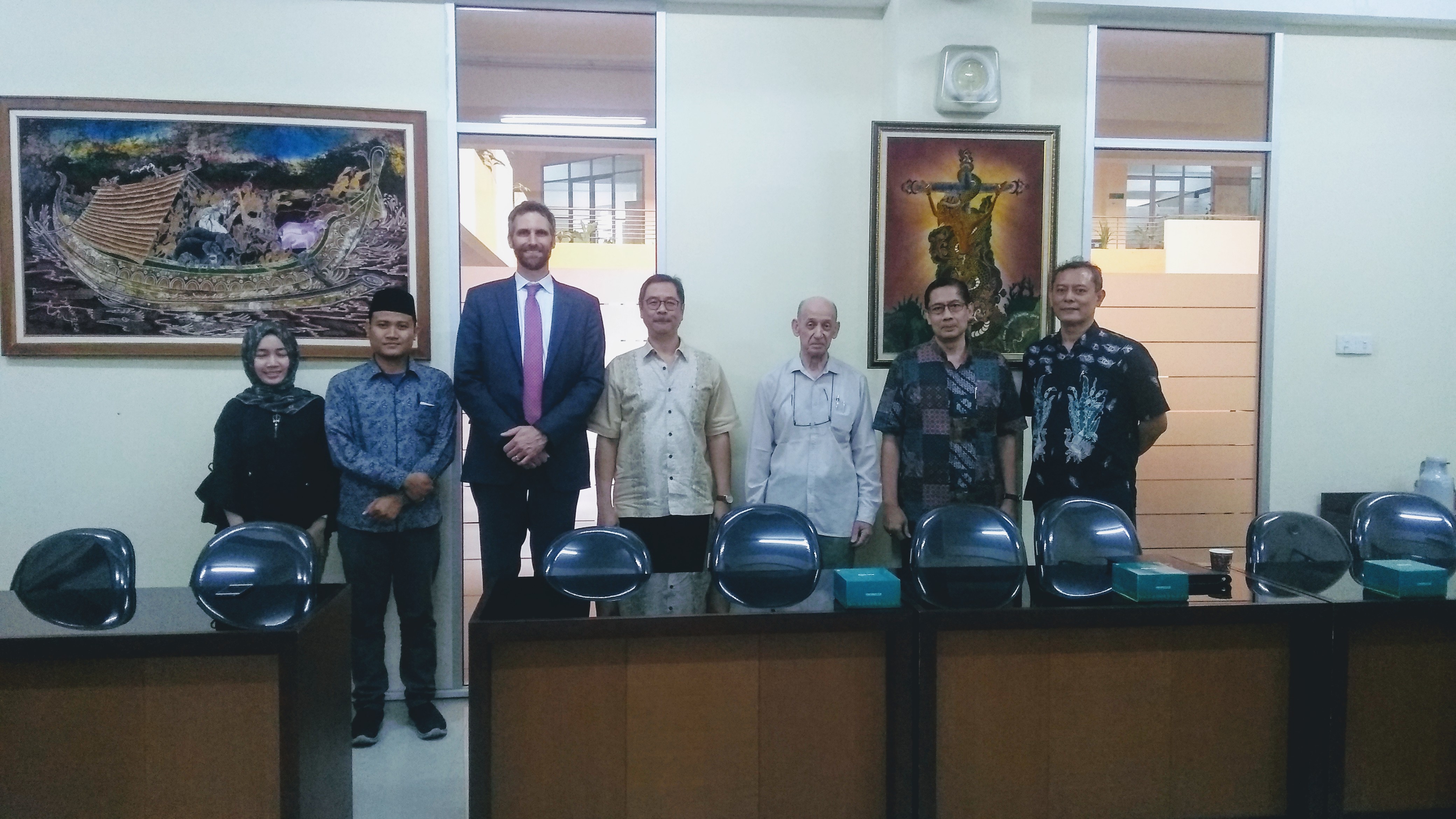 Universitas Kristen Duta Wacana (UKDW) and Hartford Seminary expressed their interest to start the partnership through a meeting conducted on Wednesday, 13 November 2019. Visiting UKDW as one of their ‘target-partner universities’, Joel N. Lohr, Ph.D., the President of Hartford Seminary expressed his joy as he was warmly welcomed in Indonesia. "We will visit educational institutions and Hartford Seminary partners as well as alumni in Indonesia. Our former trustee, Dr. Alwi Shihab helped us to conduct several meetings with some partners,” he said.

Opening the discussion, Rev. Robert started with a brief introduction about the Faculty of Theology UKDW. "In the Faculty of Theology, we have an undergraduate program, three master's program (Master in Theology, Master in Peace Studies, Master in Practical Theology), and one doctoral program (Doctor in Theology). Besides these programs,  we also run ICRS which is a Ph.D. program in interreligious studies," Rev. Robert explained. ICRS is a consortium of three universities: UKDW, State Islamic University (UIN) Sunan Kalijaga, and Gadjah Mada University (UGM).

Talking more about the Faculty of Theology's program concerning Christian-Muslim dialogue, Rev. Robert has also introduced the inter-religious school, a weekend course program for undergraduate students as well as laypeople to learn more about Christian and Muslim through seminars and live-in program in Islamic and Christian boarding schools/houses.

In the discussion, Prof. Lohr showed his interest to collaborate with UKDW. “Talking about the relationships between Christian and Muslims, we think that we could learn from Indonesian Muslims because Indonesia is a country with a Muslim majority population. The new thing that I got from this meeting is that it is important to learn about Indonesian Christian. How do they survive and how do they live side by side with Muslims," he said.

At the end of the meeting, Rev. Robert said that UKDW and Hartford Seminary have the same perception for theological education which is not exclusive but open to dialogue with other religions. “We hope that UKDW and Hartford could work together in understanding Christian-Muslim relations. UKDW could learn more about Muslim life in the USA. Hartford could learn not only about Muslims in Indonesia but also the presence of Christians in Indonesia,” he said. Rev. Robert also stated that UKDW would provide information about their experience on how to conduct the Christian-Muslim dialogue and other activities with Muslim community and institutions in Indonesia. [ai]